A British city centre in the arduous winter of 2012. Home Defence has travelled here to uncover those

most affected by coalition policies, and to discover what it means to be at the sharp end as Prime

come hell or high water.
We soon encountered a prime example of Cameron’s ‘Broken Britiain’ in the malnourished form of Jobby Flapdoodle, a
destitute man in his forties who sleeps under Waterloo Bridge in a kind of nest, constructed from soggy cardboard and
infested with rats. In return for a stale bun, Mr. Flapdoodle gave his opinion on the government’s economic policy, and
how our ruling elites should grapple with the thorny issue of government debt.

“This is a big worry for a lot of people, when you think of the money we owe as a

nation, I’ll grant you that.” Jobby mumbled, munching away on his bun. “No one

wants the United Kingdom to end up like Greece, God forbid.”

“But some of us have more pressing matters to contend with.” The homeless man went on, adjusting clumps of newspaper

shoved down the front of his raggedy trousers. “I can’t really walk on my left leg for one thing, and I think I’ve got frostbite in this

hand. I don’t like the look of those kids over there either, they’ve been eyeing me up ever since we started talking. Unless I’m

much mistaken, those are the same ones that beat me up for a laugh last week. Let’s meet round that way in half an hour. At

the corner, where it’s sheltered.”
Since coming together to form a kind of unelected supergroup, like that one featuring Mick Jagger, Dave Stewart and Joss
Stone, our Con-Lib boys have made it their priority to reduce the deficit left behind by the previous incumbents, using cuts
and austerity measures. This has continued, even as economists and bleeding hearts maintain that Britain has more pressing
problems, with middle income families seeing the biggest drop in earnings since the seventies, and more than 600,000
children falling into poverty over the next two years, pushing the total over three million. Meanwhile more than 500,000 citizens
live in temporary accommodation, these being the lucky ones who have somehow managed to find refuge under a roof.
In light of the difficulties besetting this country, some ‘deficit deniers’ say the Chancellor of the Exchequer could accomplish
more than his sole aim of leaving public debt falling (as a fraction of Gross Domestic Product) by 2015. We put this to George
Osbourne in his newly-formed ‘Office of Budgetary Responsibility’, but the powerful autocrat remained unrepentant.

“To anyone who says the deficit doesn’t matter when people are going hungry and dying of hypothermia every day, let me say

this: It does, it really does.” The Modern History graduate and owner of the country’s purse strings (left) intoned. “We cannot be

distracted from our course; not by protests, threats, or a nasty cold snap. I’ve had a word with Dave about clearing bodies off

the streets more quickly, and once we stop distracting people with those corpses, my government can concentrate on what’s

important; the difference between revenue and spending and how to get the latter under control. As I always say, the solution is

We then asked George how it was possible to make non-existent work pay. After all, with unemployment at a seventeen year high, seven people to every vacancy, and many surviving on just twenty pounds a week, cutting benefits any further isn’t really practical. At this point Osbourne looked at us askance.
“I’m here to talk about the deficit.” The Chancellor asserted. “That’s what keeps me up at night. Not unemployed people killing
themselves, or pensioners who can’t afford to turn the heating on. When the Conservatives took power this country was on the
verge of bankruptcy. Is that what you want, bankruptcy, is it? Eh? Now get out of my sight.”
On meeting the homeless man somewhere less conspicuous later, we relayed this conversation as his weatherbeaten face
creased in worry.
“That certainly sounds bad.” Jobby responded. “Of course, I don’t want anyone to go bankrupt, but I don’t really understand what
that means. Surely an entire country can’t go into administration then get liquidated? It upsets me agencies might downgrade
Britain’s Credit rating, as one of the freesheets I collect when I have the energy reported this morning, but what’s really

preoccupying me is my mate Bob. He was here last week but I didn’t see him about

during the snow. I think he might be dead.”

When we tried to change the subject to the biggest national trade imbalance since 1955, Mr. Flapdoodle responded by asking

us for change and then wandering off to see if his local soup kitchen had reopened. When this proved not to be the case, Jobby

endeavoured to cook an old shoe over an oil drum for his dinner.

In spite of desperate scenes such as this across the country, our political leaders are not for turning. Just yesterday Nick

Clegg confirmed there was no money, either for additional European bailout packages or to keep penniless citizens alive.

Unfortunately the Deputy Prime Minister was later contradicted by his boss, ‘Diddy’ David Cameron (left), who confirmed in the

Telegraph that war against Iran was now on the agenda, and that: “we always have a few billion stashed away for emergencies”. 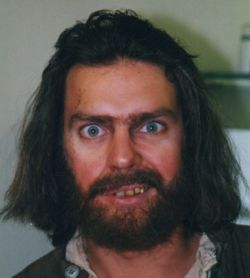 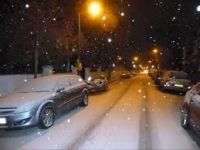 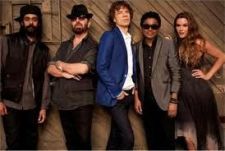