To Mansfield, an English town housing the twelve-floor office building of American

owned Nottinghamshire electricity provider NORNEB. It is in these normally

Outlook has led to unforeseen and possibly cataclysmic consequences.

“It started back in February.” A reporter for the Mansfield Times, Karen Owusu, told Home Defence. “A bored

contractor at NORNEB was playing around with the email options when he discovered a facility for changing the look of his messages. That's the Stationery Picker option under ‘Mail Format’. After experimenting with a few garish combinations in the privacy of his own inbox, the temporary worker settled on ‘Ivy’ as an adornment for his emails. This option places a relatively innocuous graphic of a vine down the left side, and the temp then began to use this template as a kind of unauthorised trademark for his circulars, with little understanding of the horrible consequences which might follow. Within a few weeks NORNEB’s interlinking system of networks and processes, the very soma which enables an office to remain productive, was on the verge of breaking down.”

Indeed, after just a few days receiving electronic messages featuring a radically different layout, many of the

permanent staff and older contractors professed to being upset and confused, some even declining to open their

emails on the grounds there was “some kind of lichen growing up the side” or “it might contain a virus”.

Meanwhile, several younger members of staff who hadn’t yet seen notions of individuality beaten out of them by

decades in the relentless monotony of an office environment, were inspired to redraw their own templates, many

to shudder involuntarily each time that little envelope symbol appeared in the corner of their monitors.
From there word made its way to management regarding this garish non-conformism that was sweeping the organisation. A series of emergency meetings were arranged, during which it was agreed the practice must be nipped in the bud, lest it lead to shortness of breath and over-stimulation for middle-aged staff members who usually only rouse themselves from a state of semi-consciousness to leer at female colleagues or go for a fry up. Unfortunately, by the time these managers had finished discussing, drafting and finalising a proposal to submit to their US paymasters, events had taken a turn for the worse.
“People were running around the corridors in full-on panic mode.” Remembers Sandra Moore,
an administration manager who has been with the company for nine years and earns twelve
thousand pounds a year before tax. “Some of us would get scared, so we took to reassuring
each other in the kitchen whenever things grew heated between the lifers and those young
upstarts who’ve no respect for anyone’s inbox. It was a terrible atmosphere, my boss said it
all amounted to the worst threat since ‘Dress Down Fridays’ got hijacked by consultants with
slogan-bearing t-shirts and secretaries in Levis. Some of the P.A.s were refusing to do any
work if it came in on unconventional emails, claiming they were ‘confused’. Then men started
taking their ties off before 5pm, and some began putting inappropriate pictures up on their
workstations, like photos of Jordan or stills from Vin Diesel movies. NORNEB was going to
hell in a handcart, I didn’t know where to turn.” At this point in her story Sandra broke down
and had to be strapped into an evacu-chair that was heading for the first aid room.
Eventually a sternly worded memo from management threatening to remove external email privileges and limit the amount of free coffee workers received saw much of the insurrectionary activity cease, although the temp who started it all remains unrepentant.

“This just goes to show how that uptight British tendency to repress staff and promote conformity is alive and flourishing, even in the 21st century.” Said the man who we met at an undisclosed Mansfield location where he was wearing a cap over his eyes and adopting a high-pitched lady’s voice for fear of identification. “Bloody fascists. That place is so ground down, a little bit of greenery brightening up my emails can cause all this chaos. If they don’t want people using the stationery picker function on Outlook they should disable it from the company software. Maybe they would if the IT department weren’t so incompetent.”

But NORNEB Managing Director John Dough was having none of it. “This company is building a

brand, and our email style is an integral part of that scheme.” Dough told us. “It makes me sad a

as cogs in the NORNEB machine. Haven’t human beings, as a race, got past that adolescent

need to be different? This is a corporate workplace, not some kind of hippy commune. The

sixties ended a long time ago folks, get over yourselves. We ought to focus on our support for

the company’s marketing message in key demographics, not thinking for ourselves. I’ve been on

a course about this you know.”

As Home Defence toured the peaceful NORNEB building, where not so long ago employees in

pictures of fruit, leaves or sky on them, all seemed calm and
industrious. But how long before such a situation arises somewhere else? What if another group
of unsuspecting bosses find themselves the victims of a worker who gives in to the demons of
self-expression during his eight-hour working day? Home Defence says we must be careful and
vigilant, because today the deterioration starts with a non-standard email in your inbox, but tomorrow
we find capitalism collapsing like the twin towers. Be wary readers, and don’t be afraid to shop any
mavericks who behave in a way that is contrary to official company policy. They can do our trusted
corporations no favours in the long run. 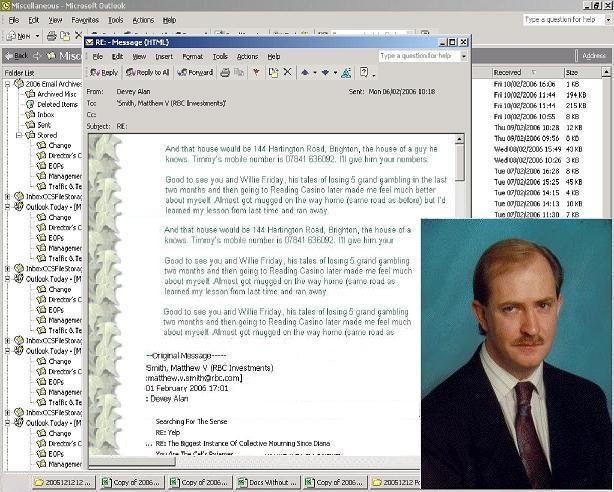 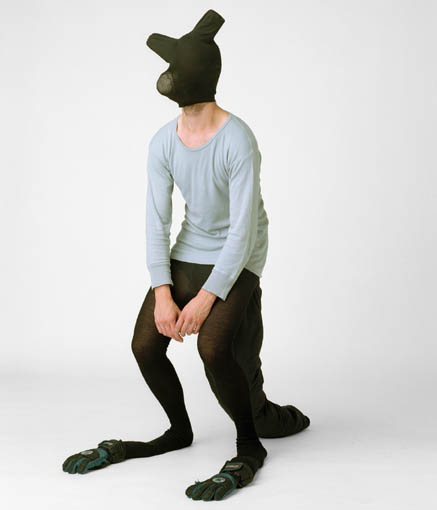 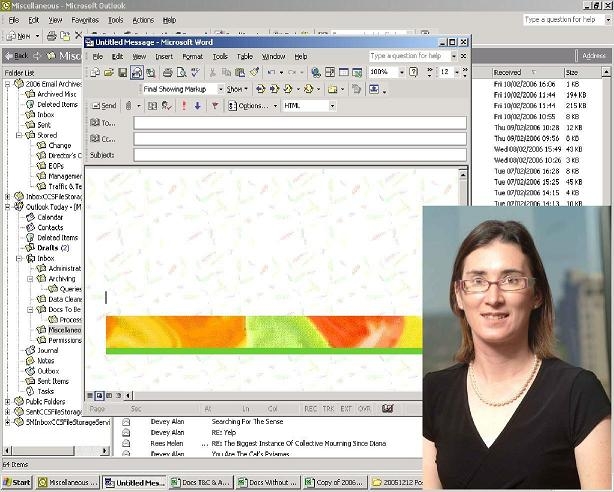 The NORNEB offices.
Water cooler crisis talks.
Sandra Moore is shocked by the bright colours.
M.D. John Dough and the 'Ivy' that started it all.
The culprit, whose identity we have disguised.
1