The worldwide web, where today Home Defence learns of a true-life incident that has shocked

many and resulted in both arguments and controversy, all following an apparently innocuous

hadn’t heard from him since Nev’s family moved away during our A-Levels. It was probably nostalgia for that time which led me to investigate further. That and the evening his plumber dad came and fixed our toilet for free.”

more.” Miss Speedbump explained. “That was my first mistake.”

‘wall’ containing photos bearing childlike, upper case captions such as: ‘Getting Warmer – Don’t Think So’ over photos of North

American blizzards, or some little kid falling into a snowdrift. In addition, 80% of Stoat’s

‘friends’ were grey-haired fifty-something males, many of whom were regularly posting

notes that decried “the conspiracies of the wrong-headed, liberal media” while every link

intellectual bankruptcy of the climate change establishment’.
“Seeing that gave me pause.” Cynthia confirmed. “But I never let first impressions put me off. After all, me and Nev used to
play with all types of kids in Chorley when we were little, so I sent Nev a note asking what he’d been up to. By way of response
he directed me to a load of Global Warming message boards and told me his username was Pseudoscience86.”

“I think he expected me to set up a profile or something.” Miss Speedbump

went on. “But when I looked Pseudoscience86 was spending most of his time

getting in weird debates with crackpots. They were bickering about whether the rise

in world temperature was down to sun-spot activity, cosmic rays or something they

call ‘underwater volcanoes’. I wonder how Nev finds the time. He can’t have a real

Indeed, when Cynthia asked her old friend about his present occupation in a direct manner, Stoat replied that he had

about wind turbines.
“I got the feeling that was all he did; spreading anti-environmentalist BS.” Cynthia continued. “So I shut down the conversation and tried
to forget all about it. Then, a couple of days later, I dashed off some innocuous status update about being inconvenienced by the

flooding and immediately Nev pasted some blog he’d written onto my timeline.”

“It had a really defensive tone.” Speedbump recalls. “He was going on about 2014’s record rainfall

and how it wasn’t in any way linked to the melting of polar ice caps, or the rising precipitation in the

planet’s atmosphere, and anyone who said otherwise was a charlatan who knew nothing about the

negative effects of ‘ocean currents’ on low-lying Somerset farmland. And besides, how could puny

humans be responsible for melting that much ice? Why were we sure it was, in fact, melting? Had

we been to the poles ourselves?”

“When Nev started getting into supposedly ‘faked’ satellite photos of the Antarctic I stopped reading and deleted his comment. I

hope he hasn’t noticed.”
Subsequent research by HDUK has confirmed links between Mr Stoat and several pressure groups funded by ‘big oil’, as well as famous Climate
Change deniers the Science and Public Policy Institute (SPPI). Indeed, exchanges can be seen online between Stoat and the PR department of
the Koch Brothers’ cultural trust, while Neville’s views appear, identically worded, under different usernames in response to multiple news stories
about climate change. Here he always cites renowned evidence disbeliever and bug-eyed numpty Lord Christopher Monckton (who isn’t a Lord
at all, just delusional).

this issue.” Jay Static (left), another former schoolmate of Stoat’s who works full-time for Greenpeace told us after

Miss Speedbump canvassed his opinion. “Thanks to Nev and others like him who parrot the sceptics’ nonsense

wholesale, some citizens continue to prioritise short-term riches over the future of the race and their own children. Or

they go around believing people can ‘adapt’ to their entire town being underwater.”

“I had a quick look at Neville’s page just then and he seems to have just written an update pushing this view; one that’s increasingly common

among Conservative backbenchers. Stoat says our budding recovery is entirely incompatible wth any reversal the cuts on flood defences, or

even modest spending to mitigate the effects of human industry. Neville reckons we need to wait until everyone can afford to spend 40% of

their income on tat again before reducing energy consumption even slightly. This note has then been ‘shared’ by forty-seven other cretins.”
“I told Cyn to block him and report Nev to the site adminstrators.” Mr Static confirmed. “She always was very trusting, even as a kid;
too keen to see the good in everyone. Well it’s backfired this time.”
When we passed these observations on to Miss Speedbump she agreed, saying:
“This has opened my eyes to all kinds of issues. I had no idea the biggest UK polluters were paying a bunch of keyboard tools to convince
the easily swayed sea levels weren’t rising after all. I thought such tactics were solely the province of the Yanks but now they’ve got someone
I know involved. Maybe I should block Nev, for all I know he might start lobbying politicians about ‘green crap’ or pushing for activists to get
water cannoned.”
“Looking back on my childhood friendship with Neville,” Cynthia reflected. “I think we might only have been close because of his proximity and over-friendly manner. Nev

was always trying to get in everyone’s good books - that’s how we got the free plumbing. Apparently he emotionally

blackmailed his father into doing it. That’s what my mum told me when I asked her anyway.”

“Me and Jay used to think it was funny, how Nev would talk back to the teachers and entertain the rest of our class.” Miss

Speedbump mused. “Now I think the warning signs were there early on. Neville would always contradict our R.E. mistress

when she asserted that every religion was of equal importance, and I remember him challenging the history tutor to prove
millions of Jews died in the concentration camps.”

“He got a week’s detention for that one.” Cynthia recalled. “And Nev had to explain himself to the headmaster – Mr Goldstein.” 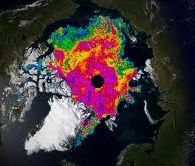 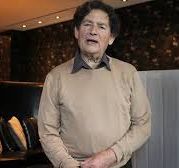 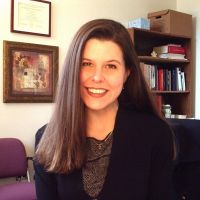 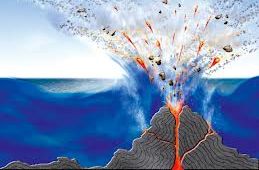 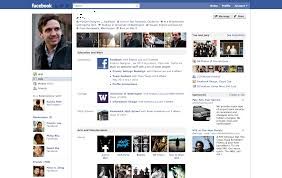