After a lengthy break spent surfing

the Net while on garden leave (having

finally left my last job in the Dungeon

of Despair), I've managed to assemble

some rather splendid links for your

Since the first Web Digest column,

an important turning point in the

cultural  life of the nation has occurred

- The Streets have reached number one in the charts. While Mike Wossisface is undeniably middle class and

If, like me, your life has been blighted by these baseball cap-wearing, baggy-jean sporting, whiter-than-white

trainered motherfuckers, you'll be delighted to see a healthy anti-chav community has sprung up on the web, championed by the Chav Scum website. With important pointers on how to spot a chav, as well as an entertaining 'Chav of the Month' gallery and ideas on what to call your Chav Child ("Courtney", "Chantelle", "Tyler", and the old favourite "Gary", are currently riding high in the Chav listings), this site is an invaluable guide to the world of the Pikey.
While attending the Ashton Court Festival in Bristol at the end of July, Home Defence was introduced to Goldie Lookin' Chain, a group of eight Newport-based 'Chav-Hoppers' who have breathed hemp-flavoured life into the declining UK hip-hop scene. The band's website, You Knows It is a useful introduction to the band's music and mentality, particularly the GLC Patois page which

explains the legendary 'A-Team Van' drinking game, this involves participants standing in a

circle to pass around a bottle of Lambrini while singing "get on The A-Team van, get on The

A-Team van". There are also other GLC phrases such as 'Bernie Cliftons' (cigarettes), 'wank

single, and 'An Ounce Don't Come For Free' national tour at Hyperlaunch where you can test

your skinning up skills against GLC's finest.

Moving away from those people who hang around the shopping precinct, check out
Preparing For Emergencies which parodies the patronising government advice on what to
do in the event of full-on terrorist Armageddon. Unsurprisingly, the government aren't best
pleased their well thought-out nannying campaign has been lampooned, as good a gauge of a
site's success as any.
Next up is the frankly bizarre The Man Who Fell Asleep, a journey into the unsettled mind of a very odd bloke (English, thankfully), who assembles a vast array of amusing, interesting and downright off-kilter material. I particularly liked his 'Fantasy Albums' page, and a section on DIY birthday cards (above left).
Finally, why not have a look at Smalltime Dictator, where you can pretend to be
either a dictator (narrowing your options slightly), or a character from a US/UK
sit-com. After answering a series of questions from the viewpoint of your
newly-adopted personality, the site will work out which stereotype fits you most
closely. Doesn't seem to matter who you pretend to be, the site will always figure
you out - incredible! The Smalltime website also has a number of other interesting
nuggets to look at, such as an automatic link generator where you type in your own
favourite link (HDUK perhaps?) and are rewarded with one left by the last person to
visit, an excellent way to continue traversing the worldwide web at random.
Right, I'm off down Argos to get some chunky sovs and a big fat chain. Laters.
INTERNET EXPLORATION
with Bert Infiltration
Home Defence UK
A Symptom of a Greater Malaise 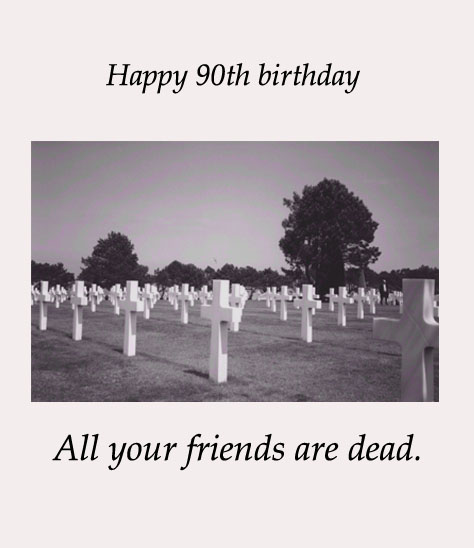 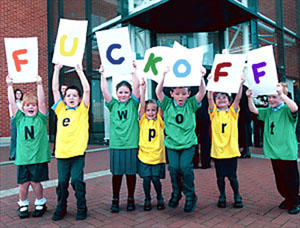