38-year-old Marguerita O’Shaugnessy had a big shock when she returned from a trip to the mall: there

was an alligator curled up on her sofa - fast asleep! Marguerita quickly called the local animal rescue

squad who trapped the confused animal and released it back into the wild. Pity it didn’t bite her fucking

Ten-year-old Posy Collins got a bit of a surprise when she helped mom unpack the groceries. Inside there was a carrot with not ONE – but TWO

heads! Posy took a photo but unfortunately had her finger over the lens. Here’s hoping mom beats the soles of her feet with electric flex for a while,

huh guys!
Al Favella Elfafa, Tunisia
Camel-driver Mohammed Cadiz was stunned when he was riding his favourite dromedary, Bella, to the busy market place. Suddenly Bella emitted a loud fart, which a passing dignitary blamed on Mohammed. He was almost arrested and had to explain himself in a hurry! If that had been Syria I don’t think Mr Cadiz would have had TIME to explain – he’d have been getting penetrated with broom handles before he could even say sorry!
Bashar’s funny story of the week
Hypocritical Westerners always try portray me as some sort of bloodthirsty psychopath. My close friends know truth – I am big and cuddly as a big teddy bear! Like, other day my servant boy say to me – oh great lord, did you cut yourself shaving? I look in mirror and sure enough there is small dot of blood behind ear. Now, if I was bloodthirsty fanatic I have my servant’s fucking feet cut off but it simple mistake.
I laugh and ruffle his hair and tell him:
“Silly boy! That not my blood! That from morning shower with blood of infidels!”
The boy he look so scared but when I laughed he laughed, and I laughed, and I laugh some more! All good natured, all calm. Our house is like fucking Cosby Show I swear! I still laughing now – I never fucking stop I swear!
My Shopping Week
With Bashar’s fragrant wife, Asma
Awight girls? I was dahn the Damascus Westfield the other day selecting diamonds (a guilty pleasure but we’ve all done it innit!) when I saw this nob just like, stood behind this blinkin’ counter starin’ at me like a cant. First I fought ‘e was some sort of wankah after me arse, but from the pout on ‘im I reckon e’d bend it like Beckham,know what I mean girls?
If there’s one fing I fackin’ ‘ate it’s some jumped-up poncey tussah givin’ me the bleedin’ eye when I’m tryin’ to splurge on some new rocks. Know what I mean girls? So anyway I called the secret police and they dragged him off to the interrogation centre, ‘im squealin’ like a cant about how he only wanted to make sure I was being served proper! Shoulda seen ‘is fackin’ face girls, I laughed all the way ‘ome!
Then – hang on, you’ll piss yourself in a minute - when I gets ‘ome I realise – no fackin’ diamonds!
More delightful tales from our crazy old world with the Assads* next time!
*According to Liam “Jellyfish” Marks, any road 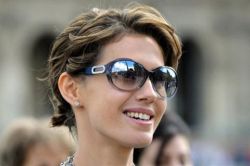 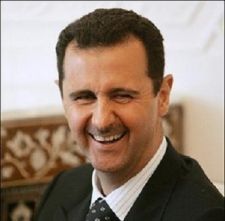 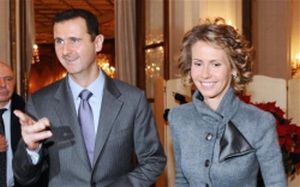