Home Defence UK
A Symptom of a Greater Malaise
CHRISTMAS GIFTS
with Mark Piggott
ALL LINKS:
IT’S A SELL-OUT
Barfs in the Park
now on DVD!
B-Listering comedy from humour’s “Championship” division 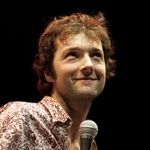 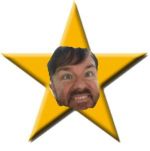 FRANKIE BOYLE riffs about handicapped kids and their stupid parents
ED BYRNE does his one and only “aren’t-cats-stupid” routine
RUSSELL KANE talks about being working class – again
RHOD GHILBERT does Wales, rain, rain falling on Wales and Wales under rain
RICKY GERVAIS -  doing his best Joey Deacon impression!
ON THE VAIN STAGE
AND STARRING
***FULLY RECYCLED***
“I don’t know how they get away with it!” – everyone, before flipping to Downton
NO IMPROVISATION – IT’S ALL ROUTINE
(DO) COMPERE:
JIMMY CARR and ALAN CARR

Apology: Michael McIntyre will be unable to attend as he is creosoting his fence
ON THE B-MINUS STAGE
(Next to the multi-bank ATM)
“Vicious” “Polemical” “Relevant” “Coruscating”
(are all words that probably won’t feature in tomorrow’s reviews)
Some NEUROTIC TWAT talks about his uninteresting life
CHRIS ADDISON waves his arms around a bit
THE IRISH ONE WITH THE WONKY EYE on having sex with his wife
ANDY PARSONS talks about politics in that infuriating stop-start voice
PLUS VERY SPECIAL GUEST
RUSSELL HOWARD!!!!
***WARNING***
This DVD may cause drowsiness or lethargy when you give it to your bloke for Christmas
Got the DVD? Now buy the book
Read all about his rise from classroom clown through booze hell, divorce, humbling appearance on Jonathan Ross and valedictory sell-out tour
(Same book applies to all)
AVAILABLE NOW IN A SKIP NEAR YOU
In an age of mediocrity the media cretin is king
On sale now for just £25.99 – but the joke’s on you