HEALTH & UNWELLNESS
with Archibald Scamp
Home Defence UK
A Symptom of a Greater Malaise
ALL HEALTH AND FOOD:
Let’s not go into this with any delusions.
You’re not going to change. No rashly made New Year’s resolution will make the slightest
bit of difference.
You’re probably feeling bad right now. It’s February or later by the time you read this, and whatever you resolved to do, it simply hasn’t happened.
If you could change, you would have already. You would already be the better person you long to be. You would have been exercising regularly since birth. You would only have drunk alcohol
in moderation since your eighteenth birthday. You would never have had a cigarette, because you listened to health advice rather than succumbing to peer pressure. You would have made
sure you had sun-cream on before leaving the house in summer, and you would have worn a warm coat all winter. You would have actually voted for the political party that benefitted
everyone, rather than scurry from the voting booth, ashamed, having sullied your ballot paper in the worst possible way. You would have worked hard while also taking the time to watch the
sun set over the sea and write a poem that will make your elderly relatives cry.
As it is, that’s not the you I’m describing there. It probably isn’t anyone else either. The concept of wellness, I’m convinced, is an illusion to hide rotten teeth
behind bleached-white enamel frontage. Wellness fills sagging arses full of Botox, so a fart of epic seismic power will not even send a ripple through the
spray-tanned cheeks. Wellness forces green fluids into your system that almost make you hurl, promising you’ll feel better, further down the line if you can
just keep it down..
We all fall for it, just in case. Once a year, or possibly more if you’re neurotic, we think how things should change. About what we should do to transform us into something other than the
haunted, regret-packed shells staring back at us from the mirror, eyes red-raw with bitter tears. Being aspirational is, essentially, the painful experience of realising your own limitations.
So a New Year begins. Gyms are joined at great expense. People buy running shoes and cease their drinking. They give up carbohydrates and decide kale should form the basis of
their diet (it shouldn’t – what if you need the strength to defend yourself?) Under ridiculous pressure, we torture ourselves. We feel bad when the 5:2 diet inevitably turns into the 13:7
diet (whereby you cram thirteen days of calories into seven, mostly by utilising the food groups of pizza and gin, and, by the start of the following week, you’ll have forgotten
what you were trying to do). Soon the miles run are replaced with comments about how it isn’t really safe to go out in high winds (or rain, or sleet, or bright sunlight - since you can’t see
where you’re going and will fall; or darkness - since you can’t see where you’re going and will fall). All that healthy eating has left things a little looser than normal downstairs, so it’s best
not to stray too far from a toilet. A pedometer isn’t a great deal of help when your bowels are about to void themselves in public.
The danger is that Facebook, circa mid-January, will become flooded with sad-face emojis as people berate themselves for failing in these delusional aims. More and more we become
crushed by guilt and unrealistic expectations which, in turn, bring everyone else down. How can that help the human race exactly?
Does this mean we should never take aim or embrace these spectacular, life-changing moments of renewal? At the start of each year, should we give
in before we even start? Simply because we’re so unlikely to succeed?
Yes. Totally.
Don’t put yourself through all that, especially if you’re over forty. I mean, seriously, forget all this wellness crap. Sit down before you hurt yourself. Don’t risk pulling
something. Even if you've made it through a dry January, what was the point of that? You’ll only land face-first in fucked-on-booze-February, your over-developed
sense of social responsibility meaning you make up the tax burden by drinking more for the rest of the year, quickly obliterating all memory of that first, painful
month. So you bought a bike intending to get fit by cycling to work every single day? Don’t you know when most cyclists get injured? While they’re cycling. That’s
right, idiot. You want to embrace those risks? You may as well put on a pig costume and do laps of David Cameron’s house. That’s an equally good way of putting yourself in harm’s way, and
you’re less likely to get run over. Running constantly will only bugger up your knees, ankles and lower back. And your nipples will bleed. They will bleed a lot. Trust me.
That’s not to say you can never be a better you. I’m not saying you can either, but you never know. The key to changing unwellness into wellness is to start small. Don’t get pissed every single
night - take Mondays off. Don’t have fries with your McDonald’s burger. At least, not a large portion. Maybe go veggie a couple of days a week. Have one less cigarette eacy day. Eat some
fruit (but don’t give up on cake. Bakers need support in this trying financial climate. As do brewers. And strippers). Resolve to make a change as and when suits you. Not when celebrities need
to sell their fitness videos. 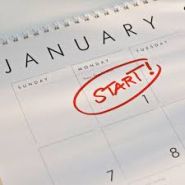 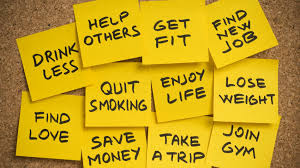 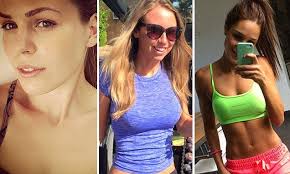 New Year, Same Old Feckless You
Why New Year’s resolutions will ruin the whole of your life
02/02/16
1