Home Defence UK
A Symptom of a Greater Malaise
THE HOT LUNCH
with Botham Squab
ALL HEALTH:
Botham is Eating Out
London – A Restaurant
Review
09/09/12

Cocktail and Oyster Canteen” opened its doors to UK

The W1 postcode in the heart of London’s entertainment district belies its ambition. The sleek contemporary design, with modern

steel curves and redwood cladding, underpin the confidence in a very crowded marketplace.

Love him or HATE him, with a passion usually reserved for tabloid news editors or serial child killers, Mr McConaughey seems to

have hit upon something here.

An upbeat (not exclusively oyster-esque) menu, and an experimental, off-kilter beverage list, attempts to bring a little piece of starlit

Los Angeles to 61 Dean Street, Soho.
Matthew McConaughey claims his investment in this particular offshoot of the Matthew McConaughey brand - Matthew McConaughey’s Cocktail and Oyster Canteen (or “MMMM…COCK”) - is completely hands on and deeply personal.
He’s no silent investor.
Matthew loves nothing more than to chow down on a raw, filter feeding bivalve, supp high alcohol content fruit cups, and look at large photos of himself.
He also likes stroking his own torso.
Allot.
On our visit we found initial difficultly locating the actual door. So modern and minimalist was it. No handles, no signage.
No door.
We try feeling it, running our hands across the surface to find gaps and prise it open, we ask passers-by, hopeful nearby media
types might know.
They don’t.
Inevitably we start hitting it.
10 minutes, 5 tweets, 3 retweets and a Facebook status update (+ additional comments) later. We’re in.
And it’s Too Cool for Skool.
The Maitre’d shows us to our table. A brusque Balkan girl in her early twenties. Seems she may have recently escaped from a Bosnian backwater brothel. My companion points out someone’s drawn a cock and balls spunking on the outside of the window. The Maitre’d thanks us, mutters something about “problems with the neighbours” and says she’ll look into it. Then she wanders off…seemingly, not to.

We indulge the vast, vast cocktail list. Enticing, at first glance are:

Usurper of the Truth.

An Outpatient at the Clinic

A John Terry’s Mum Stole Pedigree Chum
Eventually I opt for a “Young Black Man Refusing to Use a Pavement”. My fellow diner: a “Classic Sour Twat”; straight, no ice.
They work.
The oyster list is, of course, similarly larger than life.
A Waste of Space in Exmouth Oysters
Hangliding Oyster Daves
Oyster Cheese with Uncle Biscuits
Oyster Kim Jong il
Rock (Hudson) Oysters in a ‘Best Leave Well Alone’ Oil.
Anxious Oysters
“Gangland Style” Oysters, with a Rep
Crap Oysters.
More Crap Oysters
Grilled Oyster Twangs in a Gary Newman Sauce.
We try the Oysterstani Oysters with Salty Banjos and the Gay Scene Oysters.
The Oystertani Oysters initially give a woody, strong flavour. There’s a nice lassoing action as it goes down, and the overwhelming essence of 40 year-old stale harbour water follows, subjecting the palate to a multiple rape; stealing it of all dignity. It’s over quickly however, and what’s left is a slightly dull aftertaste of the long-term unemployed
The Gay Scene Oysters are in your face and annoying, uncomfortable in their own skin with a loud, room-filling flavour of pompous bitchery to over-compensate. I spat mine out.
The starters are functionally correct and enjoyable for the most part, but lack excitement. I take a poached gull liver on the chin, a subtle northern curry dripping stain to accompany. My companion tickles herself with a prawn rug.

Fish comes in a glass.

The fillet of beef is understandable until it bubbles. It is served two ways: pink or brown?

Chicken ears come in a movie montage to Haircut One Hundred’s ‘Love Plus One’. Egg pansies are on the side.

There are chickpeas available for vegetariaphiles.

For pudding (we refuse to use the word ‘dessert’); I’m afraid we’re English and “we couldn’t possibly”.
The bill arrives in a granite table-top size replica of the Matthew McConaughey Torso™, inserted between two laminate abdominal muscles in his impeccable six-pack.
It’s £120 including wine. Fuck me.
Overall, we find, we don’t feel the same about ‘MMMM…COCK’ as we do about Matthew McConaughey’s movies.
We’re underwhelmed here.
Not incensed enough to commit the absolute acts of random violence that one glance at McConaughey’s FACE usually
inspires, but still.
I’m quite, quite drunk by the time we leave. I argue with a couple at a nearby table after overhearing their conversation about
themselves and rudely chipping in. Anton and Bev don’t go to the pictures. No. Anton and Bev go to ‘screenings’. Anton and
Bev don’t buy and sell their houses to just anyone. No, Anton and Bev buy their houses from people who “worked on Harry
Potter” and sell their flats to Billy Oddie’s daughter. Anton and Bev talk loudly about themselves to each other in public. Anton
and Bev (this is what I actually said) clearly come from the London Borough of UpMyOwnArse!!!
We give MMMM…COCK - 5/10. 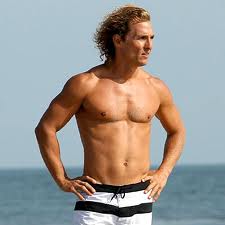 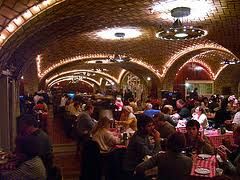 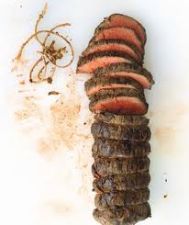