Home Defence UK
A Symptom of a Greater Malaise
HEALTH
with Archibald Scamp
ALL HEALTH:
Were We Better Off Twenty Years Ago?
A Home Defence Health Comparison

Apparently, some calendar somewhere said that 2012 would be the year in which the world would

come to an end.

Could it be true?
Natural disasters are wreaking havoc around the world (see recent events in Australia and Japan), countries are suffering
from the brutality of war (see Afghanistan, Libya, Somalia, The Ivory Coast), the financial crisis is ripping apart economy
after economy (see Ireland, Greece, Portugal), democracy is failing in the west (see Britain where the losers have the power to pick who wins the election!  What the fuck?  Who thought that would be a good idea?). And technology is poisoning the natural world (see Japan – but I wouldn’t recommend going there at the moment.  Donate money and, if you are that way inclined, pray).

Of course it won’t.

It just looks a bit scary out there, that’s all.

But it wouldn’t look more scary than normal if this were happening twenty years ago.
1991.  What a year.  Can’t remember what happened.  I’d Google it, but I’m fairly sure Google didn’t exist, so the search would most likely
come up empty.  Also, I wouldn’t have the technology to Google it, as the internet wasn’t really part of our daily life back then.
Ah, those halcyon days. Forced to go out and buy porn rather than having it streamed directly to your PC.  Good, if slightly embarrassing
and uncomfortable, times.
Also missing from those times was digital TV. So we didn’t have to deal with multiple news channels, all bombarding images of death
and destruction into our cerebral cortexes the very second whatever nasty shit had happened, happened.  You got the news at six and
then again at ten.  There were few broadcasts in between.  And if the shit got really bad, there might be a special break to tell you what
was going on.  Generally though, the news (that horror, the hideous horror of the world) was nicely compartmentalized. It didn’t take over
your day because you couldn’t check BBC news or MSN or Yahoo or go on the website of whichever daily rag was poisoning your
morning with lies and propaganda.  More than that, you didn’t have amateur reporters uploading homemade blah to some social
networking site so it could pour through cyberspace, allowing everyone you knew to say how sad whatever it was, was, and how they
wished whatever had happened hadn’t happened to whoever, and how something should really be done but hang on, look at these photos
of my holiday, and will someone please tell me which book I should read next, and let’s wish someone I haven’t spoken to for heck-knows-how-long a happy birthday because a reminder has popped up on my screen, even though I don’t really give a shit.

Back to 2011.  Whenever all hell breaks loose now, and wherever it happens, we all know about it in a matter of minutes, and can

Now that is scary.

If the world ended in a Biblical sense today, there would be people lifted up through The Rapture posting digital video of desperate

sinners crying and wailing, while the good boys and girls got raised to Heaven.

So how on earth do we cope with this horrific modern world?
Well, you can’t smoke.  Costs too much, and smokers have been branded (most unfairly, considering the massive contribution they make to
society through taxation) as social pariahs and shunned. Look at that sad addict out in the rain, unclean, unclean!
You can’t drink.  You might get drunk.  Worst of all, you might turn out to be binge drinking!  No!  Binge drinking is bad!  Naughty binge drinker!
Go to the hospital and seek treatment if you dare, but they'll only berate you for poor liver function.
You can’t eat comfort food, you fatso.  Pig.  Too much chocolate!  You will burn alive, and all the fat from your obesity will make you spit and
sizzle and generate more smoke. Then you’ll be contributing to global warming too!
You can’t spend all your time wanking.
However, you can spend a lot of time wanking.  Try to fit it in around your work life.  Because if you lose your job you won’t be able to afford
Broadband, and trying to stream porn on dial-up is, quite literally, frustrating.  In fact, if more people spent their time cracking one off, there
would be less war, less teenage pregnancy, and less time spent social networking.  In fact, stick a bit more VAT on tissues, and we can sort our economic woes out while continuing to frig ourselves furiously.
Men and women of the world, this is the way forward! Our way out of the horror and devastation! On this issue we must unite! 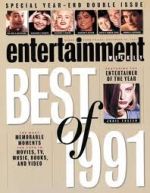 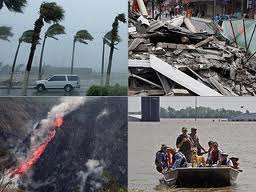 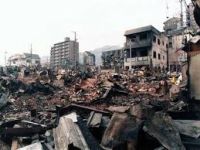