THE CULTURE SWEATS
with Zeus Moade
Home Defence UK
A Symptom of a Greater Malaise
ALL LINKS:
House of Cards - Season 3
10/03/15
Back in the day, when men were blades and women were girls, the verb to ‘boxset’ was the only term we knew for a full series watch-athon.
It was for a DVD; that glistening, tangible product held between the fingers. An object to drop on the floor and easily scratch before loading
into a wobbly disc-tray. This logistic would be repeated, again and again, depending on the length of the series in question and thus, the number
of Digital Versatile Discs. It happened many times and involved dedication, as well as a certain amount of fitness. This was a physical activity.
Old Skool. Real Life.
Unlike now.
Now is the age of the ‘binge’, man.
Internet Television. Netflix, Amazon Instant video and others. These organisations all air their own exclusive series. It’s the new way to experience entertainment for the law-abiding, those
among us who pay their way. We have respect for the capitalistic societies we inhabit. But for the one-man crime-waves? The playas and hustlers? The ones whose lives will unravel into
police-ridden chaos and gang affiliation? For them there are the Torrents. Free downloads, all shared between like-minded anarchists dabbling in the dark net.
Regardless of your method, Internet Television has cleared the work ethic that was once associated with a watch-athon. ‘Boxsetting’ is dead and 'bingeing' is now. All body movement has become redundant. Example: Netflix will count down and play the next installment of a series for you while the exit titles are running on the previous episode. There’s not even time to consider if you want “one more?”, or whether it might be a better idea to get some sleep. That decision has been made for you.
Boom!
The robots will triumph.
But we don’t care, for we are lazy.
The binge is clinically defined, transparent and cool. I wasn’t burning too many carbs back in my boxsetting days to be honest. Want to lose weight? You need to eat
less. Simple as that.
So this will be my first official binge. Ok, ok, I watched all of Breaking Bad on boxset. So shoot me. I’m here now. House of Cards Season 3. Released in its entirety?
Are you mental? I may be a 40+ hipster, but I’m 40+ nonetheless. My internet is the internet for contacting the local council, finding out what day the bins will be
collected. It’s for watching dwarf porn and making transphobic comments with like-minded, middle-aged men. That’s what the internet’s for - right? Not anymore.
Watch my ‘television’ online? That’s mental!
Fuck it. Late Sunday afternoon, I’m going in.
I awake at 5.10pm the following Monday evening, slumped across the sofa with a piece of toast stuck to my face. Shaun ‘The Dark Destroyer’ Wallace’s face looms down
at me from his Chaser podium. Wallace’s expression is contorted horribly, in the throes of a one question shoot-out.
Oh my God. “I must have slept through the end…”
The last I recall was seven episodes in, at around 2am in the morning. By that point I had literally lost the ability to remember what happened two episodes prior, which was
also when I had my last thought. What to do? Do you go back? You can’t go back. You have to go on.
I can’t move my legs, I’ve forgotten what they’re for.
This is what I do remember.
I think she probably leaves him in the end. It might have all been a dream. I doubt this will spoil anything for you.
Radical synopsis here. No punches pulled.
So, the Underwoods have returned.
They are Presidential.
Frank looms over his desk, in that special room. The oval one. The one America loves. Like it’s the best fucking room ever made.
(a room above a garage is the best room ever made America, for obvious reasons)
It’s not going well for Frank. He’s an unpopular president who has killed and schemed his way into the office
(you would think they’d love him for it. But they don’t)
Even his allies are gunning for him.
Things must change.
Frank revamps the New Deal. It’s all about the jobs - the common American. Dave the plumber or whatever.
No one likes it.
Frank goes to Afghanistan, he even wears a camouflage helmet.
(that’s cooler than a standard builder’s hard hat Mr Cameron, much cooler. Think about it)
Frank comes back from Afghanistan
Frank blows up a Middle East school.
Frank befriends, then unfriends the Russian primary (who is also a politician in Copenhagen).
Frank nearly has gay sex with his ghost writer.
Loses all his pals
Buys a surf board.
Gets the hump with his Mrs Underwood. She wants her own slice of the pie you see.
Doug lives though. So all must be well. Some killing should get done.
If he can stop squirting alcohol into his mouth with a hypodermic needle, of course.
It ends with us waiting for the fourth series.
That’ll save you thirteen hours and a few deep sores.
But it’s good, for the record. Although Series 3 isn’t as good as Series 1. Or Series 2. But I expect it will be better than Series 4. Which, in turn, sets us up everything nicely
for Series 5.
I find myself pondering a fifth series of House of Cards with a growing sense of dread.
Still, maybe DVDs will be back in fashion by then. Like vinyl. 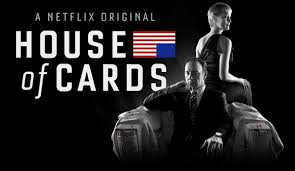 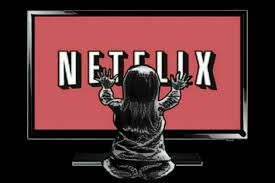 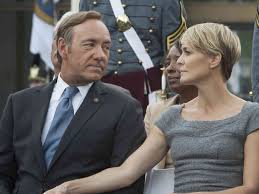 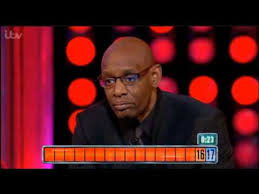