TERROR
with Al Likilla
Home Defence UK
A Symptom of a Greater Malaise
Trident Replacement to be Deployed Against Individual Terror Suspects
12/01/14
ALL TERROR:

London, and in the wake of the convictions of Adebolajo and Adebowale for the

Woolwich killing, those two men who sought to repair the harm done to Muslims

worldwide with murder and inspiring revenge attacks on mosques, concerned

population from similar extremists with violent intent on their minds.

To that end the Home Secretary, Theresa May, today gave what’s been called ‘an era-defining’ and ‘really quite weird’ speech in the House of

Commons. In her statement, May detailed the coalition’s big new idea for homeland defence: to ensure the next generation of Trident missiles are

as equally suited to blasting terror cells off the face of the earth as they are defending national sovereignty from unspecified threats.

“It is vital we reassure the public, in the wake of this tragic event, that there is an effective military response ready, one that can be deployed

wherever terrorism threatens to rear its ugly head.” May told an audience of Tories who, minutes earlier, had been laughing at an Iain Duncan Smith joke about food banks. “To that end, we must replace the current system of submarine-launched warheads with something similar, all the while bearing in mind a need for more targeted explosions.”

“After all,” the Home Secretary went on, flicking her hair sensually. “We already face daily threats from rogue states, unstable

nations and foreign governments who seek to undermine our wonderful British way of life. We should not discount the

probability more individuals will be radicalised through our pursuit of wars for reasons no one understands in Afghanistan,

against Middle East wedding parties. I want Britain’s nuclear deterrent to be equally effective
at nullifying mentally unstable men who wave meat cleavers around in built-up areas. To wipe out this kind of risk at the push of a button
is, essentially, why I got into politics in the first place.”
The coalition then voted through a multi-billion pound investment in May’s plan, paid for by selling off their remaining stock of council

housing. Later the Home Secretary (left) followed up her announcement by pooh-poohing those who had expressed concerns.

She told the BBC’s Nick Robinson:

“Of course, any nuclear explosion on British soil is going to have a downside. But my government are content that collateral damage

in the form of multiple casualties is inevitable when conducting a ‘war on terror’ of this magnitude.”

“Besides,” May concluded. “If you look at the landscape of the UK, firing one of these warheads into the centre of Glasgow

shouldn’t have a noticeably different impact to what we’re permitting the energy companies to do in terms of exploratory fracking.”
Britain’s current, water-based ballistic system is housed within a quartet of Royal Navy vanguard submarines just off the coast
of Scotland. This nuclear deterrent was presented to Margaret Thatcher on her birthday by close bud Ronald Reagan under the

Polaris Sales Agreement in the eighties, along with a ‘Best of Vera Lynn’ album and some

fluorescent legwarmers. Back in those days of the Cold War, many believed it vital western nations

have a ‘Rapid Strike Capability’ and this took the form of nuclear warheads with a range of 7,500

miles that could annihilate millions. Although, as it turned out, the missiles took several days to

ready for launch, something that wasn’t discovered until one diligent employee got round to reading

Some argue that our enemies no longer include other countries since they are all now just as in thrall to multinational corporations as the UK.

Indeed, many have questioned the spending of fifty billion pounds to replace something so unwieldy when today’s threat seems to come from

But the current warheads become obsolete within ten years, so prioritising a ‘like-for-like replacement’

remains a big deal in political circles, with dissenters arguing that this is one more symptom of

Britain’s unwillingness to accept its low status; with foreign dignitaries referring to us in private as

“some pissant island with ideas above their station”. What remains unarguable is that nuclear

weapons have only ever been fired out of submarines by fictional supervillains or within the pages
of Tom Clancy novels, giving ammunition to those who would argue we scrap the system completely and use the money
saved to lift British children out of poverty instead.
“Stuff and nonsense, balderdash and tommyrot.” Conservative MP for somewhere in the English shires where no one has ever
encountered a Muslim, Irishman or ethnic minority, Garfield Tinker (right), responded. “I believe it’s absolutely vital for national security that, on receipt of good quality information about suspicious activity in tower blocks or a suburban semi-detached, we can neutralise the threat before it unfolds.”

Mr Tinker continued: “I’m told the blast radius of these things is no more than five kilometres, and when you factor in the

100% effectiveness at wiping out terror, something even the Americans haven’t managed, you can see why I support spending

taxpayer money on this. It makes perfect sense.”

“And it’ll be worth every penny just to see those Russkis sit up and listen to Blighty for once, the arrogant buggers.” Garfield

went on as Mrs Tinker appeared with his pills. “This is the 21st century. The best way of taking out primitive threats is with

“Of course, I have sympathy for those who say that wiping out a whole section of our country is a bit much, but think of the

propaganda victory!” The MP enthused. “One constituent of mine told me this approach was ‘overkill’, so I said to him; that may

Mr Tinker then experienced a coughing fit and had to go and lie down. 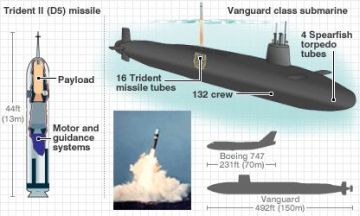 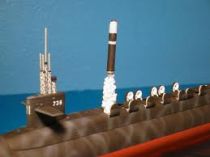