LOCAL NEWS
with AL Likilla
Home Defence UK
A Symptom of a Greater Malaise
ALL LOCAL NEWS:
£12 Billion in Welfare Cuts All to Come From This One Guy
24/08/15
To Chafford Hundred in Essex, where today Secretary of State for Work and Pensions, Iain Duncan Smith, has set out exactly how the government’s
vital multi-billion pound cuts to working age benefits will be achieved.
“It’s this bloke - this guy here, I haven’t made him up.” IDS asserted to the watching media, pointing out 46-year old local Bulli Stodger (right) who was
slouching nearby. “That scrounger over there, he’s been claiming a ridiculous amount for the past ten years, for which I blame the last Labour government.
But my pal, the Chancellor, is confident we can make the required savings and get this country back on its feet, simply by taking all of Mr Stodger’s benefits away, forever.”
Bulli then lit a cigarette and proceeded to look shifty as reporters asked Duncan Smith how the maths was supposed to add up, exactly.
“Let’s break this down.” IDS intoned patronisingly, as if everyone else were the idiots. “First we have child benefit and associated moneys –
Mr Stodger has fathered many children during his pathetic life, by eight different women. Thirteen in all, I believe.”
In the background Stodger could be seen mouthing the word ‘fourteen’ but was ignored.
“For decades he has been signed off roofing work because of a ‘bad back’, so that’s a lucrative disability allowance we’ll take away too.” IDS
went on, counting on his fingers as, nearby, Mr Stodger place a hand on his spine and began to moan unconvincingly. “Bulli also claimed
housing benefit for more than twenty years, but that’s small potatoes compared to the costs to police, courts and the prison system, since he
gets into drunken altercations most weekends, and even some weekday mornings at Wetherspoons.”
At this point Bulli removed a hip flask from his coat pocket, took a long swig then crossed his eyes as if inebriated before making a ‘wanking’ gesture with his right hand.
“If Mr Stodger continues with his current lifestyle,” Duncan Smith went on. “The medical treatment alone will cost the National Health Service a substantial six-figure sum over the coming decades; for diabetes treatment, heart surgery, a liver transplant and so on. People are living longer, and if this guy makes it to a hundred - all too plausible given the recent progress in medical technology - these figures shoot up into the millions.”
Mr Duncan Smith then smiled smugly while, behind him, Bulli Stodger grew more intoxicated and did a little happy dance. Indeed, IDS’s satisfaction is well-earned,
since, as recently as a month ago, no one believed his planned twelve billion in welfare cuts were achievable. Now, in a stroke of genius and broad guesswork,
Duncan Smith posits they can be accomplished by cutting off the ‘state money tap’ to a single British citizen. But not everyone is convinced the fist-pumping bald
avenger has got his sums right, with one BBC journalist first to question his figures.
“Oh, I know what you lot are like, with your socialist licence fee and left-wing bias.” IDS sniffed. “And you’re right,
maths isn’t one of my strong points - those are being dapper and maintaining a state of denial – but luckily there
are men more numerate than me over at the Department of Work and Pensions using calculators, or possibly
abacuses, I’m not sure. Whatever, they’re determined that Mr Stodger here can be fully austerit-ised to clear the
country’s deficit. And I agree with them – it’s a simple matter of faith.”
Bulli Stodger was then seen to wander in the direction of an off licence while IDS concluded: “This is just the tip of the iceberg. My financial models show that, at some
point soon, that fellow disappearing into the distance there will almost certainly fall asleep while smoking and burn down his entire council block. That’s unless we take the
money and accommodation away from Mr Stodger and his loved ones right now. After all, there’s only so much damage you can do while sleeping rough.”
“I’m sure you’ll agree, it’s the right thing to do.” Duncan Smith concluded, to wild applause and whooping before giving everyone an Obama-style ‘terrorist fist-bump’ then running off. 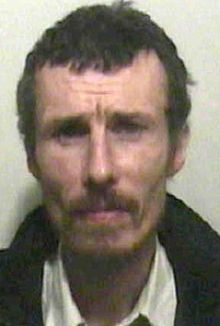 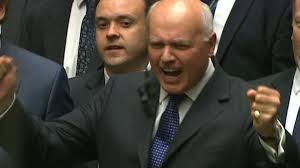 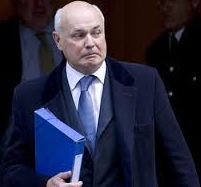