Stop all the clocks, cut off the telephone, prevent the dog from barking with a juicy bone,

idea, a game-changer of an idea, a where were you when that was announced idea which has left

his political rivals choking in the dust.

artists; those in long macs proferring dodgy SIM cards on the corner, the caricaturists and the stalls selling ‘LONDON’ tee shirts, a

fresh-faced Cameron held court like a latter day Stewart “The Brand” Baggs; a man of his time, a true visionary.

Like all great ideas, Eureka bath-time moments if you will, ‘Diddy’ Dave’s idea stemmed from adversity. He had a problem, he needed to do something about it, and, like a Dragon’s Den contestant (minus the sob story) that’s exactly what he did.
You might remember in early September the news that sent slight ripples through the political world as the Scottish Conservative Hamish
McBraveheart (right) announced to assembled reporters from such luminary publications as Andy Murray’s Balls magazine and Glasgow Go!
that, should he be elected as the member of Scottish parliament for his Loch Ness seat in the forthcoming elections, he would make it his
job to cut links with Westminster and the parliamentary Conservative party and instead start his own Scottish Conservative party.
Of course, given the fact that the Conservative party currently holds -53 seats in Scotland, the chances of McBraveheart ever gaining power
are slim, and yet… And yet, it looked like being another snub, piled upon so many snubs suffered by Cameron and his cronies in recent
weeks. It was almost as though the perennially bullied child in school had suddenly understood that if he didn’t hang about with the other
piss-smelling bully-victim, he might stand a chance of passing under the radar undetected. It could have been another hammer blow to the
reputation of the Conservative party as we know it.
But, thanks to some politically-savvy thinking, ‘Diddy’ Dave and his merry men have turned the negative into a positive and introduced the
revolutionary idea of a Conservative ‘franchise’ model which can be rolled out across the world, even to places like Scotland, for a small fee.

Worm In The Tequila

“I’ll admit it,” said ‘Diddy’, “we were bricking it for a while there, thinking we would lose even more backing, and although Andy

chocolate-covered haggis fireguard, we still needed all the positive PR we could get after the August riots and shit.

“So anyway, we brainstormed and blue-skied it into the night, really pushing the envelope on this and strategizing how best to

manage the PR fallout. It was about 3am, just as we were tucking into the worm of the tequila, that we literally stumbled upon

the idea which will, in time, be thought of as a landmark to stand alongside the introduction of the NHS by that Bevan character

from Labour.
“Coolio (right) was after take-out you see, but he wouldn’t settle for any old take-out from some Tom, Dick or Harry Burger joint. He wanted
a brand he could trust. McDonald’s. Only, McDonald’s famously don’t deliver. And then, it was as though Coolio and I both thought of the
same idea at the same time, but I managed to speechify it first, so it’s my idea (same rules apply in the ideas game as they do in the
wanky biscuit game).
“'Franchise!' I yelled, slamming my paw down on the table. And right then, we knew we had it made.”

“It was a veritable lightbulb moment, where everything clicked into place at once. We have a successful model here – sort of. We’ve got years

of experience anyway. What we plan to do is sell it, roll it out as a franchise brand, like Costa or Burger King. We charge, say, £10MILL for

the right to use the Conservative name, the tree logo, the chance to have Maggie Thatcher fall asleep at your Christmas speech night before

gnawing on fresh bones, or whatever she’s eating these days.
“We sell for the £10MILL and the franchisee (or franchiser, whatever) gets Conservative party headed notepaper, flags, and calendars. We’ll also do them flyers, for a price. What we give is a set of postcodes, or zip codes as they’re called in America (see, we’ve done our research) so this is the patch on which they ‘sell’ their Conservative message.”
Brand Guidelines
“Of course, there have to be some guidelines to ensure there is no dilution of the brand. The leader, for example, must have attended either Eton or Harrow, they must have a puffin face, and they must have a learning difficulty which means they seriously misjudge the state of the nation at every possible turn.”

Reaction to the franchise scheme has been mixed. Respected Daily Heil columnist and sometime This Week sofa member (where she flops

onto Portillo’s knee quite nicely thank you very much) Patricia Wartsunall (left), is a staunch supporter.

“It’s a super idea, and what an auspicious time to do it! Successive regimes have started wars and bullied governments out of the way in

far-flung places across the world, not just Scotland, and what better to fill the void than a known quantity, the Conservative party?”

Guardian columnist Ricecake Withers wasn’t so sure: “We have a dichotomy here between the Baudrillardian concept of reality as shaped by the media, and the real reality of how a political party like the Conservatives can operate somewhere like, say, Scotland.”
Tory whip Jonathan Rivers-Parker-Bowles-Goodhew offered his wholehearted support however, and vowed to get the back-benches
on board: “I know for a fact that if one of these franchises goes tits-up and Cammy-Baby does that Undercover Boss programme
it’ll be a surefire hit.”
The only dissenting Blue voice came from Hamish McBraveheart himself, who, on hearing of the franchise fee, distanced himself
from the whole idea.
Nick Clegg was unavailable for comment as he was cleaning out the litter tray of No. 10's resident cat. 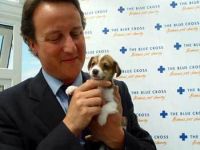 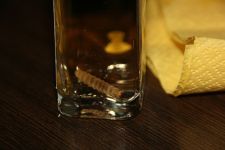